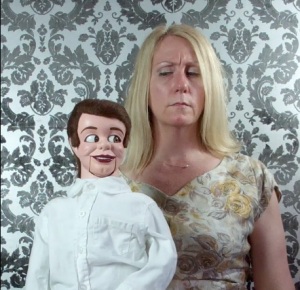 For the past few months I’ve been developing a new art project with a ventriloquist dummy. The experience has me thinking about ringtones and the concept of “throwing voices.”

I like a definition of ventriloquism that from an inspiring and thought-provoking book I’ve been reading, Dumbstruck – A Cultural History of Ventriloquism . The author, Steven Connor, defines ventriloquism as making voices appear to issue from elsewhere than the source. If that’s so, then Locally Toned succeeds as a type of electronic (or randomly automated) ventriloquism, when ringtones featuring voices go off on users’ phones.

Here’s an example from Faith Adiele, who shared her user experience story with Locally Toned readers (as a comment on a post) way back in May of 2009:

While on the road in Boston, I downloaded Momtone from an email onto my BlackBerry, and somehow it installed itself, unbeknownst to me. So I’m standing in a quiet bookstore in Harvard Square, trying to read for free, and my ride calls my BlackBerry. The entire bookstore bursts out laughing as Taylor and Peytie whine – with increasing volume – “Mommmm, mommmm…” I’m digging around frantically in my bag, unable to locate my phone. “I’m not even a mom!” I cry to my amused audience, at which point the clerk quips, “Well, that explains why you’ve hidden 2 little girls in your bag!”

As an artist (and media literacy practitioner), I work to give others voice through my creative process. With Locally Toned, an ongoing project, I enjoy learning about the sounds that resonate with individual–sounds that they want to share with others. Sometimes the tones are audio identifiers to express group affiliation (such as the Bicycle Bell Tone), or they are a form of cultural/collective memory (such as the Kennywood Merry-Go-Round Tone), or they are as a means of personal expression (such as Stuart Allen Braun’s Harmonica Tones). 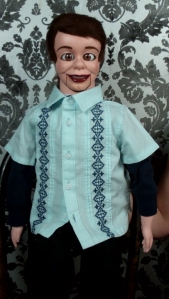 In the new project that I’m working on for the 2001 Pittsburgh Biennial, I’m experimenting with non-traditional methods of ventriloquism, and am hoping to use social media as a tool to crowdsource “one-liners” for Hector the Dummy to speak in a set of performance videos that I’ll create this summer. The videos will allow me to explore concepts related to voice and voicelessness. This particular *leg* of the project, called ventwittoquisms, is a focused effort to experiment with voicing collective wisdom, humor or anxiety.

If you’d like to play with us (and if you don’t have automatonophobia–fear of ventriloquist dummies), begin by following the project’s Twitter stream (twitter.com/ventwittoquisms). There I’ll invite you to help me put words into the dummy’s mouth by Tweeting amusing, pithy or insightful “one liners” to be included in video performance works that I’ll produce this summer.

Prompts issued via Twitter by the dummy (this June and July) will look something like this when posted:

What’s the most encouraging thing anybody’s ever said to you? Reply with #encouragingwords.

Open a Twitter account (if you don’t have one) and reply with the appropriate #hashtag in your Tweet (in this particular example, the hashtag you’d want to include would be #encouragingwords).

If you’re curious and just want to watch, point your browser to this new (Tumblr) Blog (http://ventwittoquisms.tumblr.com/), or come to the Waffle Shop this Friday June 10th at midnight to see The Hector Can’t Talk Talk Show–an hour long performance I’ll be doing with the dummy as a kick off to the project.

And in the meantime, stay tuned and Locally Toned! 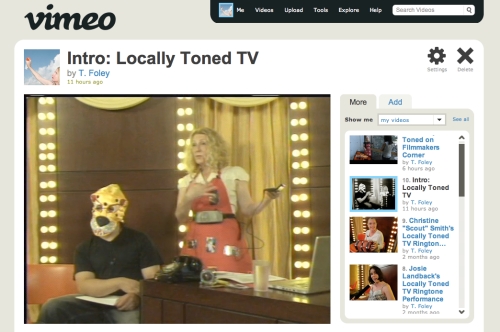 I uploaded a new video–the intro from the Locally Toned TV Show at The Waffle Shop. This is the segment where a very literate cat, Raymond the Puma (a.k.a. Donnell Pearl), interviews me about the project. You’ll hear a number of tones in this segment and me operate my performance gear. Watch it NOW! 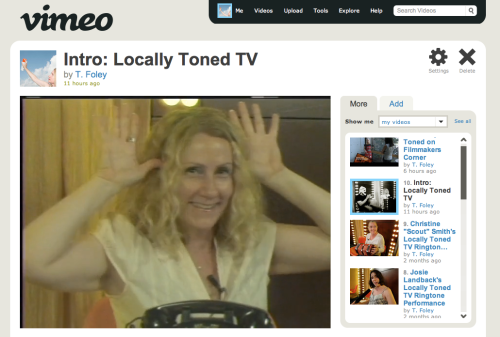 This Friday, July 9th–Locally Toned TV at the Waffle Shop! 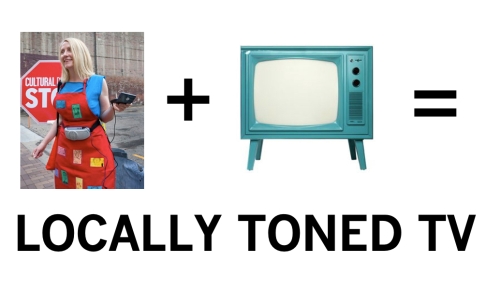 An exciting broadcast featuring the nuts, bolts and antics of T. Foley’s original ringtone creation/public art project, Locally Toned. This late night show will include on-set interviews, performances, ringtone re-enactments, a DIY ringtone demonstration, and the live recording of (at least) one new ringtone by a special guest.

Get your fine self to the Waffle Shop in East Liberty, or tune in to http://www.waffleshop.org/ to watch a live feed of the show from 11pm to 1am Friday July 9, 2010. Waffle Shop seating is limited, so if you miss the live show, don’t worry–I’ll edit and post a Locally Toned TV highlights reel!